Free Shipping on Orders Over $75 ORDER NOW BEFORE THE OFFER EXPIRES

"It Tastes Really Good... This Is One You Could Drink Around The Pool For Sure" - Review Bros

"This Gave Me Everything From Energy, to Pumps, to Mood Elevation" - GGH

"Why Do You Need Another PreWorkout When This One Is So Good?" - Fitness Deal News

THE E-BOOK TO BREAK PLATEAU'S

Designed by a National Academy of Sports Medicine Trainer, you have an indepth detailed training program to ensure you are gaining muscle. Get everything you need from diet and nutrition advice, supplementation knowledge, to a PROVEN program to gain muscle. 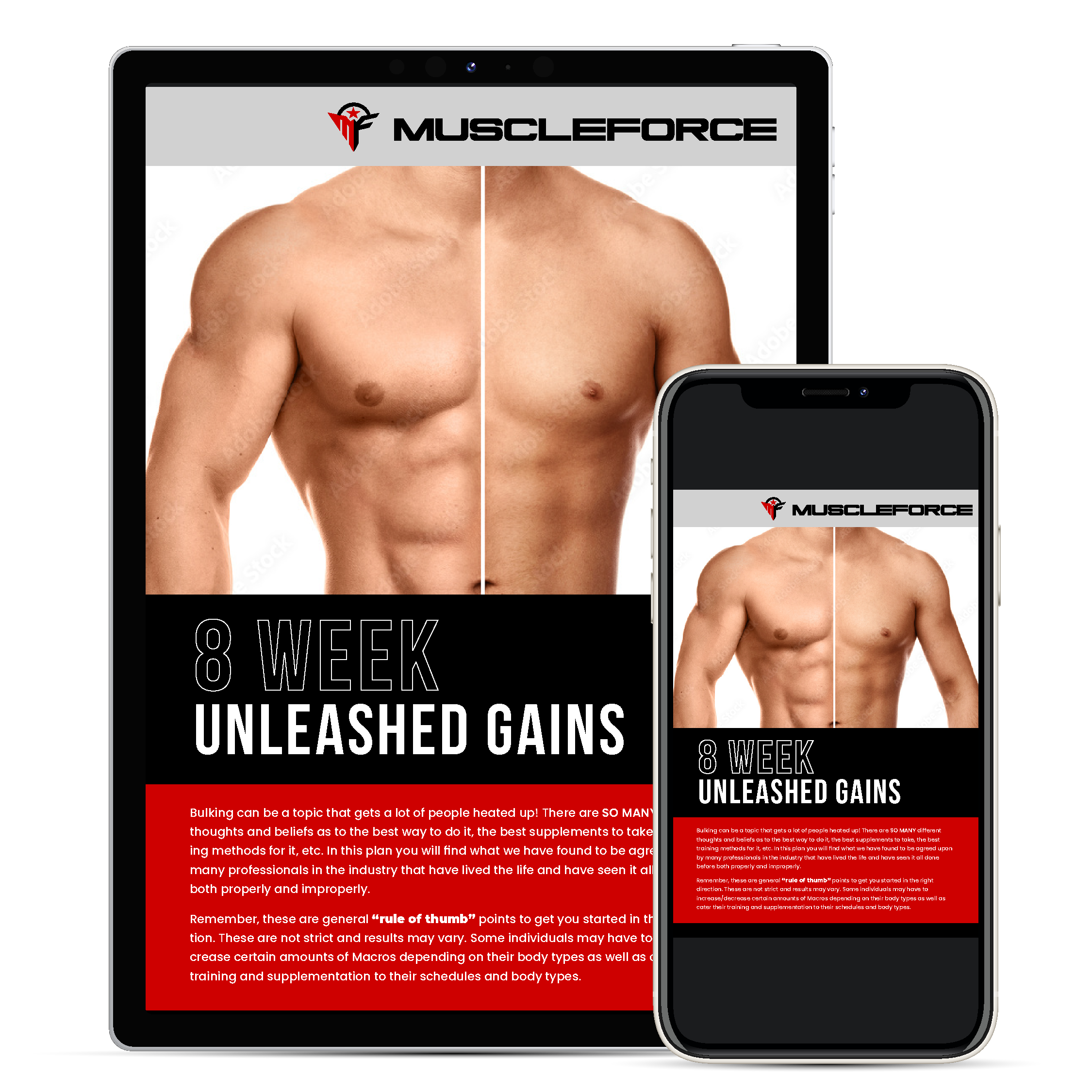 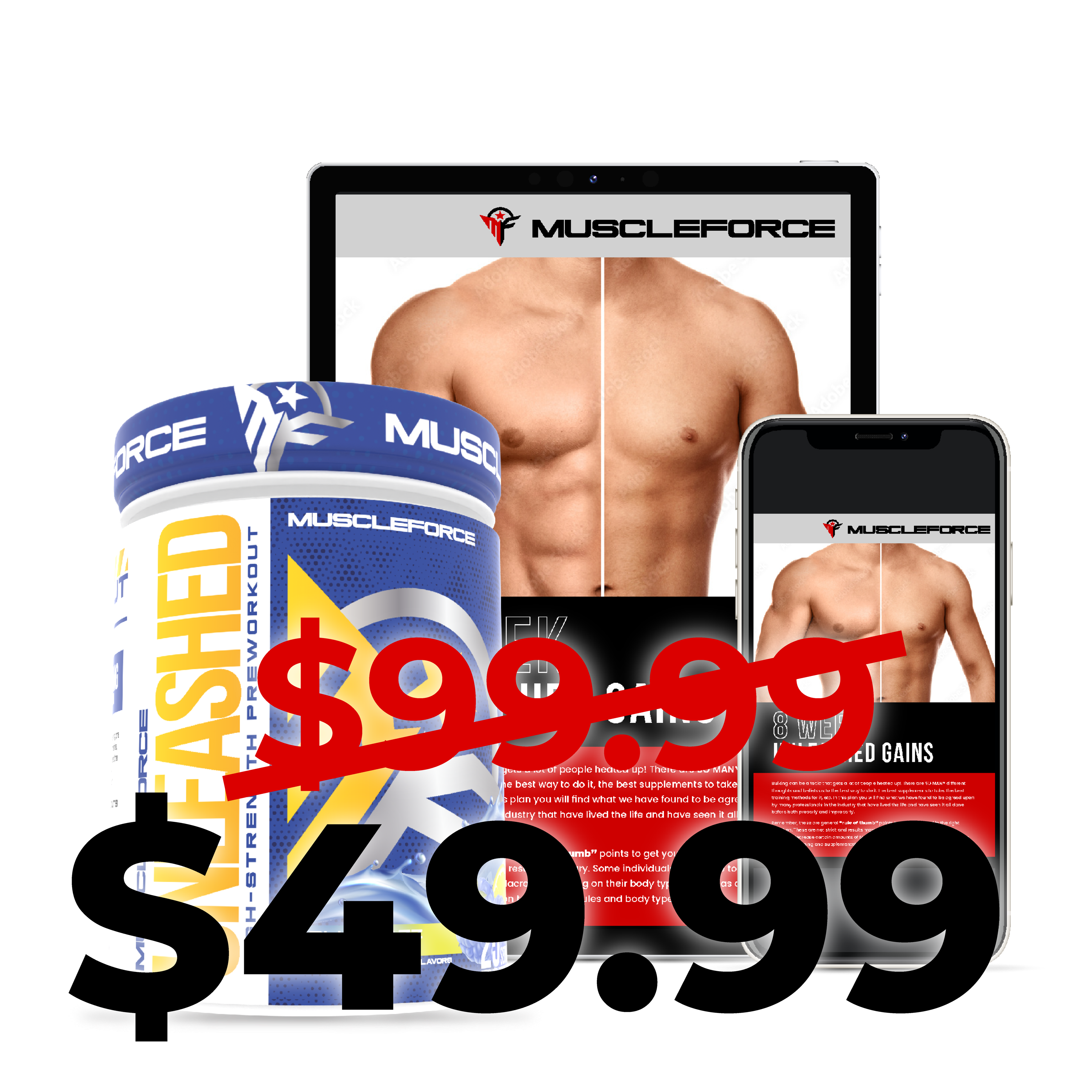 Defiant Unleashed is for the stim-junkies. The people who are tired of taking pre workouts that just don’t “Hit” anymore.

Here at MuscleForce we decided to create a product so potent we strongly recommend starting with only 1/2 scoop.

WHY IS IT SO EFFECTIVE?

We combined Eria Jarensis and 2-aminoisoheptane (DMHA). The combination of these 2 novel stimulants, provide a focused and energetic feeling that is nothing like you have experienced before. 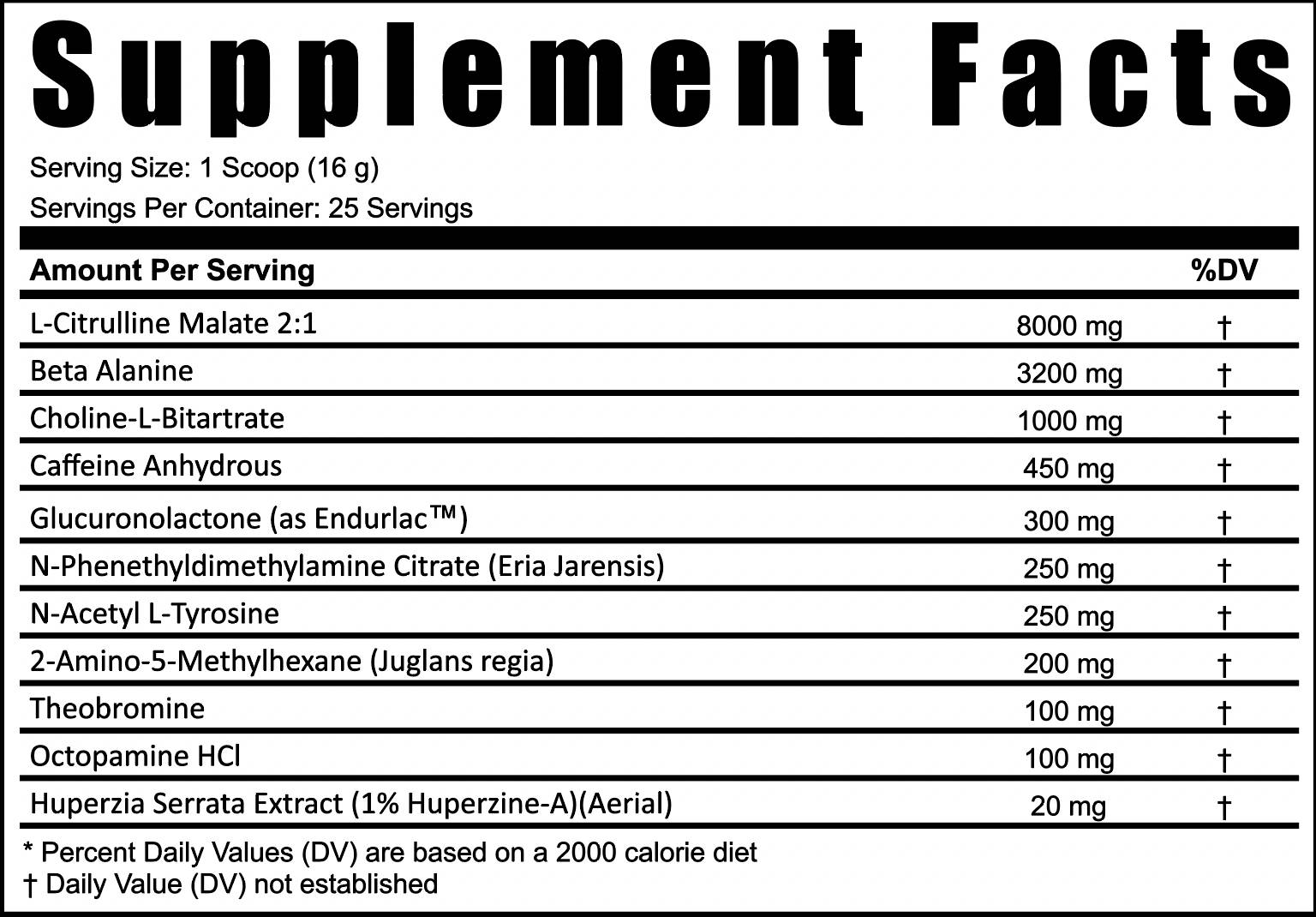 L-Citrulline Malate 2:1- 8g– We went all out with the Citrulline. It has been shown to increase plasma NO levels better than Arginine. Works with your body’s natural NO pathways. The Malate version also helps to improve your endurance in the gym

Beta-Alanine – 3.2g– Helps increase the carnosine levels in your muscle tissue. Increased carnosine helps to buffer against lactic acid and other waste materials produced by the body during intense training sessions. This buffering helps to improve muscle endurance, and recovery.

Methylxanthine Anhydrous – 450mg – A stimulant found naturally in your body, and in numerous plants. Helps to open your body’s airways so you can take in more oxygen, and help improve endurance and increase blood flow to your muscles. The effects last longer than caffeine and has a great effect when taken with more potent stimulants.

Glucuronolactone (Endurlac)- 300mg– Used in energy drinks to make the effects of caffeine and other stimulants last longer. Ever wonder why Red Bull gives you wings?

Eria Jarensis Extract– 250mg – One of the new stimulant ingredients out there. When combined with Caffeine and other stimulant ingredients, it has been known to give users a super enhanced focus and energy that is almost difficult to describe how great it feels. Kind of sounds like an ADD drug.

N-Acetyl L-Tyrosine – 250mg – Helps take the edge off of the caffeine and other stimulants, without reducing their effectiveness. Definitely needed for Defiant Unleashed.

2-aminoisoheptane – 200mg – 1,3 DMAA’s half-brother, that doesn’t quit on you. Don’t crash off the tracks anymore. Insane amount of focus and energy without the, "Oh crap did I just take a pre-workout or did I take an amphetamine," type of feeling.

Theobromine – 100mg – An alkaloid from the cacao plant with a similar effect to caffeine. Found in dark chocolate. Has been shown to have a relaxing effect on the lungs, which can improve cardiovascular and strength endurance. Your body does not become tolerant to Theobromine. Don’t let your dog get into your stash..

Octopamine HCL -- 100mg – The 8-legged stimulant! Also known as, Norsynephrine, this ingredient enhances the body's ability to burn fat significantly, increases the body's metabolism, helps the body maintain healthy blood sugar levels, and also provides a stimulant effect for increased energy levels. It has been shown that your body does not build up a tolerance to this ingredient very quickly. It is similar in function to noradrenaline.

Huperzine A - 200mcg– This natural herb signals your body to make more acetylcholine. Combined with Choline, Huperzine A improves your mental fortitude. Has also been found to improve your mind-to-muscle connection in the gym.

HUNDREDS OF THOUSANDS OF UNITS SOLD 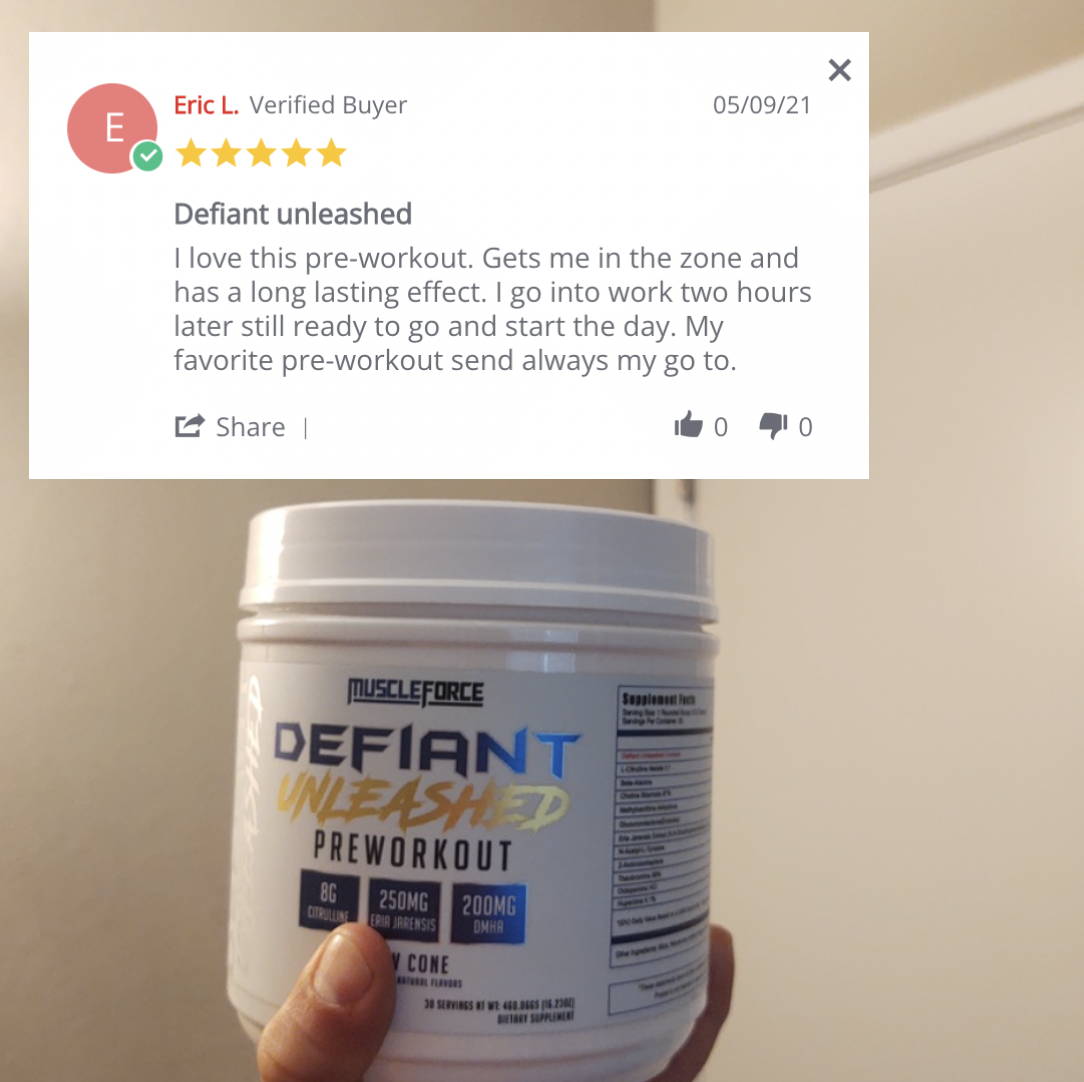 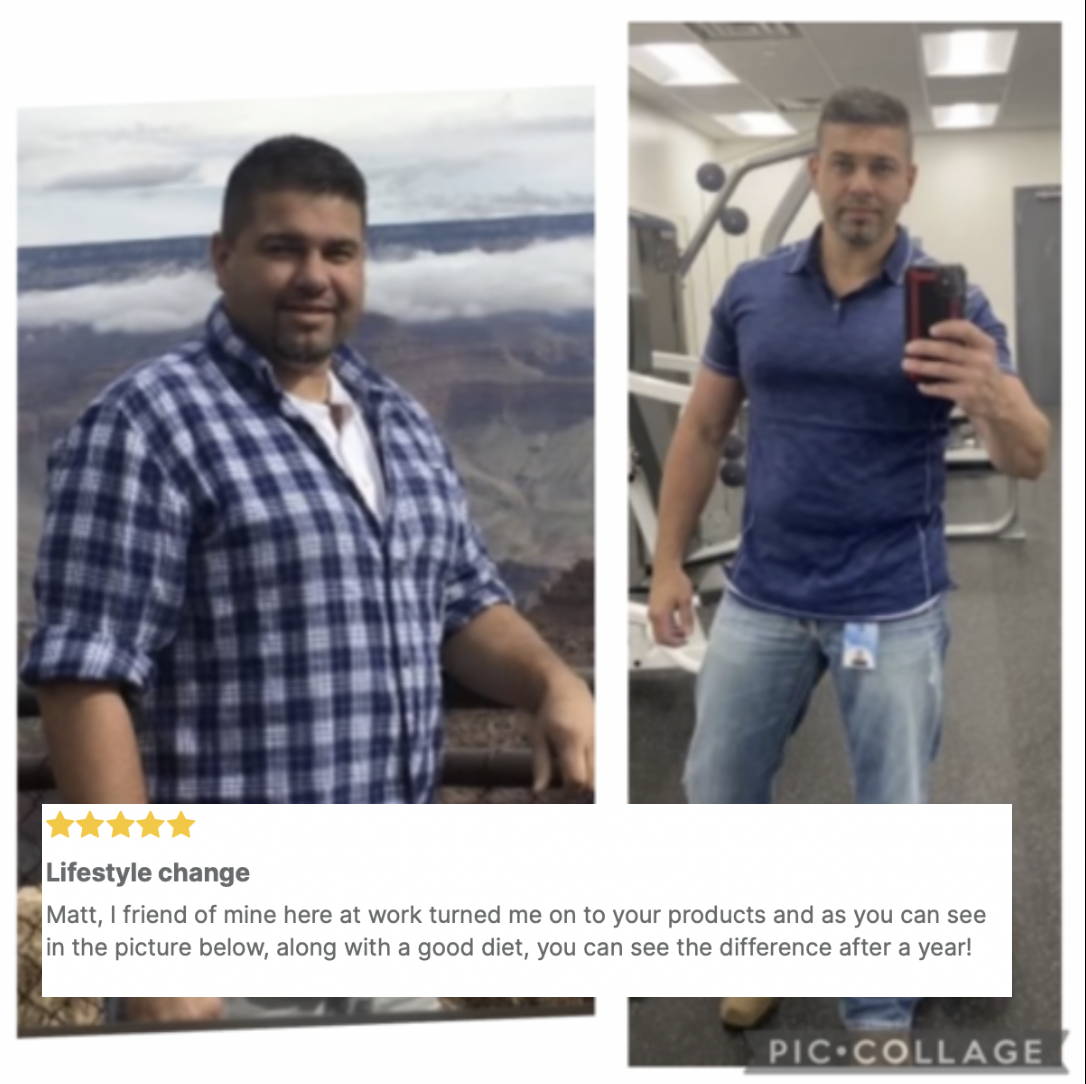 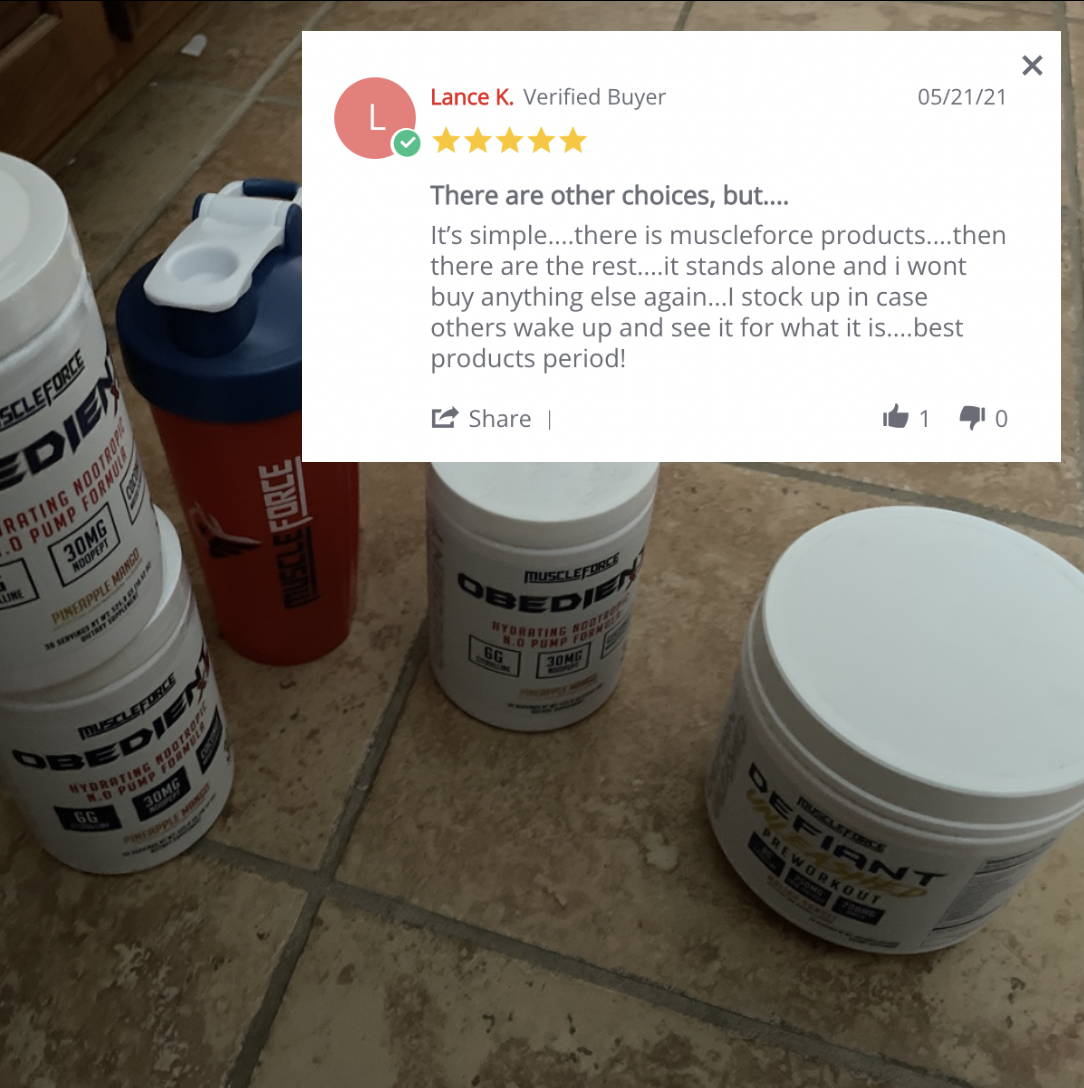 Why Buy From Us